Best of 2020 episode!  At least something good came of 2020 – we launched the “3 things direct from the future” newsletter.  Below are the 3 topics of the year that generated the most buzz from our subscribers and LinkedIN followers in each category.  One for “help”, one for “wary” and one for amaze!”.

Thanks for coming on the journey with us and see you in the brighter future of 2021.

Australia, where I live, is a pretty big place. Brisbane to Perth would be around 45 hours of driving, and there ain’t enough electric vehicle charging stations along the way to keep your Tesla humming. But what if the road you travel on charges your car’s battery?

Israeli start-up ElectReon Wireless is doing just that. ElectReon is delivering roads that can charge your electric car. This is made possible by installing copper coils under the asphalt road which talk to a receiver on the car. When the car drives over the copper coils the car’s battery is charged wirelessly. The electric road has been tried successfully in Sweden, and another trial in Israel’s Tel Aviv is expected to be just as positive.

OK , I don’t imagine that we will have electric roads in the Simpson Desert anytime soon, but if the technology is deployed extensively electric cars will see greater use. Also, if we can combine the developments in producing more environmentally friendly batteries (see previous issues of this newsletter), and hook the roads up to a renewable energy source we can drastically reduce the impact of cars on the planet. 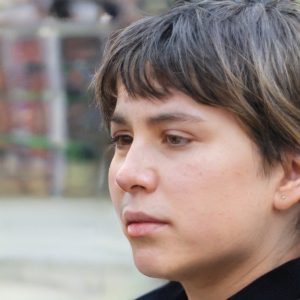 Seeing is believing. But what if what you see is not what you believe it to be? Would it surprise you if I told you that person at the beginning of this article does not exist? The photo is just one of countless photos easily rendered from https://thispersondoesnotexist.com.

To come up with a fake photo, the site’s creator, Philip Wang, uses generative adversarial networks or GAN. The generator recreates the original image while the discriminator distinguishes the original from the fake. After being trained against millions of images the algorithm develops the abilities to create hybrid images based on what it has been trained on.  In a world where images are increasingly relied upon as proof that something happened, we need to be aware of the fact that the images may not be real at all.

“I just hope my demonstration raises awareness. Those who are unaware are most vulnerable to this technology,” said Wang

There are so many potential applications for this GAN technology and they range from the incredibly helpful to the downright terrifying.

So the takeaway? I never say this but be like the algorithm.  Have a generator (be willing to produce and believe) and a discriminator (don’t believe everything you see on the internet).

The people at Not Impossible Labs built a “haptic music suit” that enables deaf people to hear the music being played in front of them at a live concert. Check it out in this amazing video