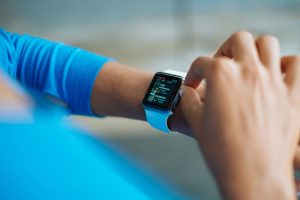 A separate study from Stanford analysed the heart rates of 5000 people (with 32 who turned out to have the virus), and were able to identify two-thirds of the COVID-19 cases four to seven days before people showed symptoms. Those with prolonged, elevated heart rates were much more likely to have the virus. Excitingly, the team also developed an alarm system that alerts people if their heart rate has been elevated for a long period of time.

We can now add another tool to our toolbox for fighting COVID-19. 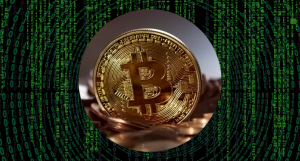 With 1 Bitcoin worth over AUD$45,000, cryptocurrency wallets have become a lucrative target for hackers. It is near impossible to hack into accounts externally due to Bitcoin being based on the decentralised Blockchain network. So criminals have had to resort to the old trojan-horse style attack.

Researchers have found a malware called ElectroRAT that targets crypto-wallets in Windows, Linux and Mac. The malware is called ElectroRAT, the RAT part meaning “remote access tool”. Once your machine is infected, it quietly takes over your computer in search for your crypto-wallet. Its goal is to steal your private key, which is like your digital signature when you transact with cryptocurrency. The hacker can then use your wallet in whatever way they like. It is estimated that 6500 crypto users have fallen victim to it so far.

ElectroRAT is built into other software that you can only get on your system if you are tricked into downloading dubious apps. So to avoid catching this rat, do not install applications from suspicious places. It also helps to keep your systems up to date and always keep your private keys offline.

Video-based conferences, events and meetings have rapidly become part of day-to-day life and the amount of bandwidth being used for video calls has increased exponentially. Even though many of us have fast internet connections in our house, we still see drop-outs or freezes when using video conferencing a lot. Also those not as fortunate with their internet speeds are increasingly being left behind.

Until now it has been a race to see who can compress the video files into the smallest size whilst retaining video quality. Now though, one of the largest graphics-focused tech companies NVIDIA, has released a completely different approach to high quality video calls. By not transmitting the video at all and only transmitting a source image and real-time key points in the talkers face the software can render your talking head with only one-tenth of the bandwidth usually required.

NVIDIA harnesses the power of generative adversarial networks (GANs), which we covered in edition 17 of this newsletter, to make our video calls truly AI powered.  If you’re not offended by bad language and terrible recordings check out this hysterical scene from the Silicon Valley TV show. Maybe Gavin Belson wouldn’t have had to downgrade from hologram to telephone if he had this technology.