So Mother Nature, if you’re so clever how come you grow trees in cylinder shapes when you know we spend ages cutting them into rectangles!

MIT researchers have grown wood-like plant tissue from the cells of other plants.   Much like how we are growing meat in a lab we are now hoping to grow wood.  This would (sorry) mean that we could leave Mother Nature’s trees to do what they were meant to do – keep us all breathing.

Even better  –  rather than cutting down trees and then cutting them up to make rectangles we can just grow the wood in whatever shape we want.  So a ready made two-by-four, or even better just grow a table straight-up.  We already do it with animal cell cultures.  The researchers say growing plant cell cultures is easier and does not require the same strict quality controls as it is not for human consumption.

Now that they have successfully proven these cells can be grown there is a lot of work to do to get it to “a grown table” stage.  In the future this technology could have a huge positive impact on our planet. 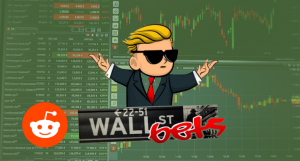 GameStop, a US based video game retailer, has unexpectedly become a battleground between Redditors and Wall Street. Over the past few weeks, GameStop shares have been volatile to say the least.  From approximately USD$4 in December they skyrocketed up to USD$325 last week and at the time of writing they re now sitting at around USD$94. GameStop is an ailing business set to close down stores and owes money in debt. So why the sudden volatility in its stock prices?

It all boils down to Redditors trying to fight back against Wall Street short-sellers.  Short selling is when you “borrow” a stock, sell it, and when the stock prices go down, buy it back to earn a profit. Short-sellers, usually hedge funds and financial firms, hunt down ailing companies and “short” them to make a profit when stock prices go down.

This is where Redditors found bad blood with Wall Street. Redditors over at the WallStreetBets subreddit saw what was being done to the GameStop shares, were not happy about it, and decided to use the power of the internet and crowd-sourcing to do something about it.  So they all started buying GameStop stock, sending the stock price soaring due to increased demand. Since the stock price went up, those Wall Street short-sellers lost big time to the tune of billions.

Redditors used technology to coordinate large numbers of people to fight back against financial institutions making money this way. Other companies whose stocks were similarly shorted also found their stock prices going up. “Traditional” investment companies are not happy and there have been calls for regulators to step in with all the cash that Wall Street traders are bleeding. This whole episode highlights the fact – yet again – that our financial system is volatile and easily manipulated.  In this case it was just manipulated by a different group of people in another case of technology disrupting the expected norms. 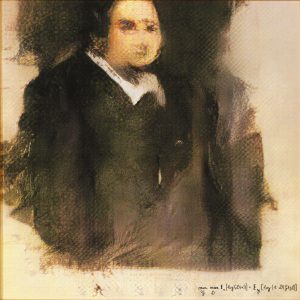 Whose Art Are Thou?

Generative adversarial networks (GANs), one of our favourite topics for this newsletter, have really come a long way since their inception. We’ve seen them being used for deep fakes and video call solutions. Now, it seems like AI is already cashing in on their “talent”.

Back in 2018, Paris-based arts-collective Obvious, used artificial intelligence employing GANs to paint Edmond de Belamy, a portrait. This is the culmination of examining and referencing 15,000 paintings spanning several periods of art styles. It sold for, hold on to your seats, USD$432,500 at Christie’s Auction House.  Will this see AI created work sit alongside human creations? The AI system still needs something to learn from, so people must still keep creating amazing art.  However it is not difficult to see the impact to artistic livelihoods, that being able to create beauty without having to put in the 10,000 hours practice may have.  On the positive side we may end up with some astounding art that would never have been created by a human artist.

We now beg the question: Whose work is the painting? Is it the AI’s, the art studio’s or the programmer’s? Are we gonna see a Leonardo D’AI Vinci?