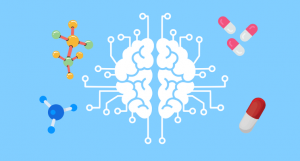 No doubt you are more aware of the complexities of viruses, vaccines, and antibiotics than you were a year or so ago. The COVID-19 vaccine development effort has shown how the time frame to success can be safely shortened through: piggy-backing on previous years of research; technology; and the concentration of resources with few restrictions on funds.  We are also acutely aware that the cost (mental and economic) of shutting the world down while we wait for a vaccine is catastrophic. As new threats arise we need to increase the speed of new treatments and AI is perfectly positioned to help.

IBM are reducing the discovery process for new molecules that kill bacteria (effectively new antibiotics) from years to days.  How does it work?

The AI has already designed two new anti-microbial peptides that have been highly successful in fighting a diverse set of pathogens.  As we are becoming resistant to our existing antibiotics, meaning they are much less effective, this process is becoming more and more important.

This new approach is faster and cheaper than traditional methods, and early results suggest it produces superior results. Science, medicine and technology brains coming together will change the world.

Researchers Ujué Agudo and Helena Matute of Universidad de Deusto in Spain conducted an experiment to see to what extent people can be manipulated by algorithms.

From social media to online shopping, algorithms are analysing every mouse-movement and click you make. This information is then used in a wide variety of ways, some beneficial, some scary. But can it also manipulate you into picking your next world-leader, or your next date?

The study started with every participant given a fake personality test. They were told that the resulting personality profile would be used by the algorithm to provide personalised results just for them.  In reality, all participants were given the same, vague, fake profile.

In contrast people were not more likely to pick a potential romantic partner that the algorithm selected for them.  But…. when they were subtly shown pictures of a potential date in advance of making the decision, the participants tended to pick that date.

The takeaway? Whether the manipulation is explicit or implicit – algorithms have huge power to influence us. As the researchers put it:
“AI companies can test as many hypotheses as they wish, and with samples as huge as they wish, until they find the most pervasive algorithms. Therefore, their ability to influence decisions both explicitly and covertly is certainly much higher than shown in the present research.” 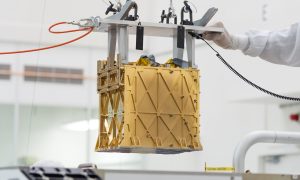 NASA has been able to extract breathable oxygen from carbon dioxide on Mars. The atmosphere on Mars is 95% carbon dioxide and less than 1% oxygen. If we are to colonize the red planet, we need to find a way to breathe and this is a huge step forward.

Onboard the Perseverance rover is a shoebox-sized device called MOXIE, short for Mars Oxygen In-Situ Resource Utilization Experiment. It heats Martian air up to 800℃ then undergoes solid oxide electrolysis to separate the oxygen from the carbon dioxide. MOXIE managed to produce around… drum roll… 5 grams of oxygen to keep you alive for 10 minutes. It’s underwhelming but this is just the beginning.

MOXIE successfully proved that we can indeed convert deadly Martian air to breathable oxygen, a step closer to a human colony. Also, if we can successfully mass produce oxygen on Mars to use as fuel for rockets, we can get people back to Earth without the need to carry 25 metric tons of oxygen on the 33 million mile journey. And if we advance this tech further, who knows, we may be travelling through space, docking at a planet to refuel on oxygen, journeying to infinity and beyond!