You can tell if your dog is happy or sad. But can you do the same for a cow? What about the thousands of animals living on farms? Dr. Suresh Neethirajan of the Netherlands’ Wageningen University wants to make sure that all these animals are living in a positive, happy state.

He developed an AI system to read the different emotional states of farm animals such as pigs and cows. The system can identify whether the animals are feeling neutral, aggressive, or excited by analysing key facial features, such as ear position and eye direction. All in real time.  Check out these two examples. 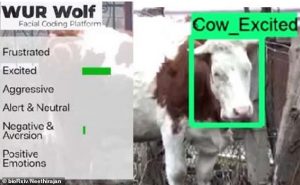 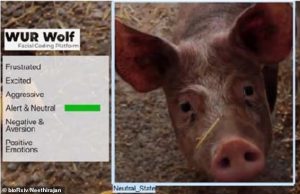 If that’s not one excited cow and one alert pig, I don’t know what it is!

WUR Wolf, as the system is called, is trained on thousands of animal images across six farms with the main purpose being to improve animal welfare and human-animal interaction. The farming industry is one of the most technologically savvy out there and other papers suggest this technology could be used to identify sick animals, without probes or other invasive methods, allowing farmers to stop the spread of disease early.

Technology in meat substitutes and 3D meat printers will reduce the need for farmed animals whilst making a positive environmental impact. In the meantime this will help animals live as happy a life as possible and that has to be a good thing.

If an asteroid is heading our way, what will you do? NASA and several other federal and international agencies have been pondering that question since 2018. I figured we would just call Bruce Willis.

NASA simulate an asteroid impact scenario by designing fictitious data like the asteroid’s speed, trajectory and landing location. Concerned agencies then make decisions for every succeeding step. The goal is to make sure that the efforts of the planetary defense community are well-coordinated.

But how can we deflect an asteroid heading towards earth? NASA’s answer: Let’s ‘punch’ it. 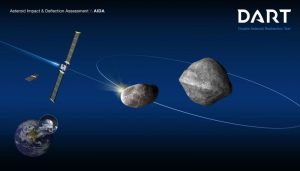 Double Asteroid Redirection Test (DART) is NASA’s mission that aims to send a spaceship on a collision course to a tiny moon called Dimorphos orbiting an asteroid named Didymos. Seriously, you couldn’t make this up! It is hoped that the impact would temporarily change the speed of the target’s orbit allowing us to measure the shift. If successful, we can just send a ship to crash into an asteroid and change its course away from us. Easy!

Why not use the nuclear option like we see in the movies? If we nuke a large asteroid, we splinter it into large chunks. Chunks larger than 25 meters will hit earth in scattered locations like a shotgun and cause damage. If we’re really unfortunate and a chunk 2 kilometres in size hits earth, it will have a catastrophic effect.

So really, our best bet is to redirect the asteroid’s course by punching it. Fingers crossed.

You heard the saying, “Don’t reinvent the wheel.” Well, scientists did just that and made the wheel a whole lot cooler.

The “high-load capacity origami transformable wheel” can transform its shape like paper origami. Check it out:

This wheel employs a waterbomb tessellation origami pattern to shift between tall-skinny to short-fat forms. 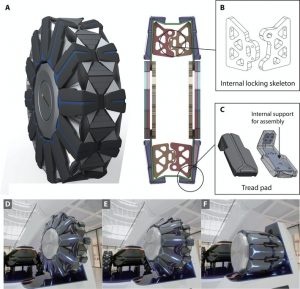 The wheel can transform on the go so you don’t have to get off your seat, and it can carry a load of over 1000kg even in the middle of shape-shifting. If you’re on a rocky road, tall-skinny tires will give you more ground clearance. Over sandy terrain, short-fat tires can get you more grip.

Its uses, for now, are expected to be limited to extraterrestrial rovers where the terrain could change unexpectedly, thus reducing the probability of getting stuck. I am just picturing these tyres on my Cybertruck though.