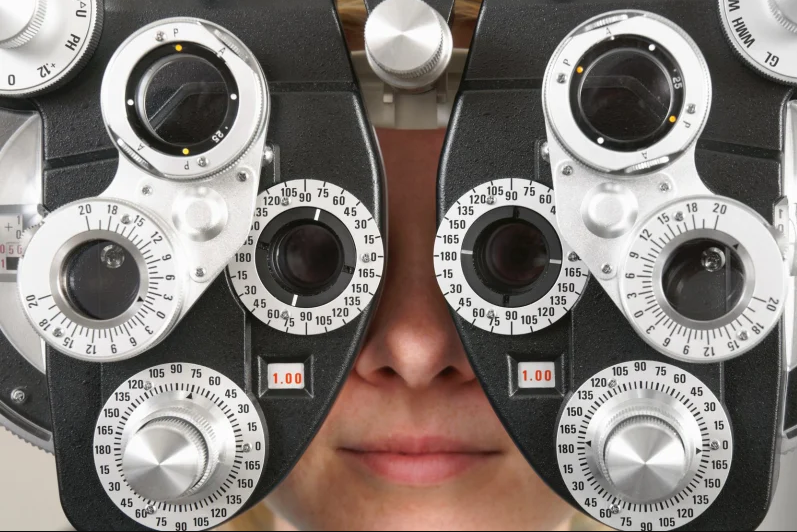 Machine learning technology is amazing at analysing large sets of data and unlocking previously undiscoverable insights. Medical scientists at QIMR Berghofer had hundreds of thousands of images of the inside of eyes. These images held secrets about the cause of glaucoma. So in a perfect partnership with AI firm Max Kelsen, they developed a program that can diagnose glaucoma with half the error rate of real doctors!

The researchers have an advantage because they already have hundreds of thousands of images to train the program on. The more data used, the more accurate the program becomes. The program also managed to find 100 more genes linked to glaucoma – this is really important as identifying genetic markers allows early diagnosis and preventative treatment.

Although the results are promising, the AI is currently best used in research projects where huge data sets are analysed. For individual patients, a trained ophthalmologist is still your best option. At least for now those hard-working doctors can leave the research work to the AI and get that all-important sleep at night.

Would you like to continue talking to your deceased parent or friend? Or would it creep you out? Microsoft has patented technology to create chatbots that mimic the dead.

According to the patent, the chatbot would scour a person’s social media, voice recordings and writings to train it to interact in the personality of the specific person. It would mimic the person’s voice and employ 2D and 3D technologies to create an avatar that looks like the deceased.

This may also be the first step toward being able to live-on by uploading your consciousness into a robot. This blows my mind

As the chatbot relies on your digital footprint in the virtual world, it can only assume things about you. If a chatbot was created based on my online presence it would be a pretty boring persona.  What happens to jokes and sarcasm in social media posts? Are they integrated into your digital self? Since it’s still a program, it must be in danger of hacking and vulnerabilities. Someone may manipulate a public figure to sway people to a particular opinion. Irina Raicu from Santa Clara University’s Markkula Center for Applied Ethics says, “If you try to create a very good chatbot for someone who died…you could put words into people’s mouths that they never said.”

So while these chatbots might be useful, and may comfort the bereaved, they have serious privacy and integrity issues to face. Perhaps it is time to include in your living-will protective measures on how your personal data can be used in the future.

Space Tourism Is Up

Billionaires have been racing to see who gets to space first – suborbital space that is. Sir Richard Branson gets the bragging rights. On July 11, he flew to the edge of space aboard Virgin Galactic’s SpaceShipTwo craft.

It’s fascinating to watch SpaceshipTwo separate from WhiteKnightTwo and fire up its rockets to push it higher and higher as it goes to the edge of space at 55 miles above the earth. Then it makes a backflip as passengers experience weightlessness. Does that backflip make this the most expensive roller coaster ever?

Passengers remain weightless for around 4 minutes and Branson and his crew got a rare personal glimpse of the earth, all the while floating inside their craft.

Commercial space flights are expected to begin next year with private customers expected to pay up to USD$250,000.  If you are quick though you can enter the Virgin Galactic lottery to win a trip in 2022 on the same craft that has just returned.

Virgin Galactic isn’t the only company venturing into space tourism.  With Jeff Bezos’s Blue Origin set to head into suborbital space on July 20, we might just be seeing the dawn of a new kind of tourism.